Compliance with the General Registry for the Protection of General Data (RGPD, the Spanish acronym)

With the new European law regarding data management coming into force, VINCLE’s SalesWare suite has adapted to the new regulatory change so we can ensure the correct compliance in accordance with the said regulation.

Among the main developed improvements, we included an administrator panel where we can define the app’s usage policy (both for Back and Front Office), which must be accepted by every user who wants to access the system.

Every time a new user accesses the system for the first time, he will have to accept the app’s usage policy. The usage policies can be checked at any time through a direct access found in the main menu.

From the users’ point of view, the administrator won’t know the passwords, as they will be hidden and will have to be created by every user when he or she starts to use the app. The password will expire at some defined point, so it will have to be changed.

Among the new security measures included in the user credentials, we find the blocking of the password once the user has tried and failed X times, and also a system of forgotten passwords recovery.

Communications according to RGPD

In the particular case of pharmaceutical companies, which include emails in their habitual activity, we’ve incorporated some improvements in order to obtain the explicit consent of the medical contacts through electronic messaging.

This way, when a delegate sends an email to a doctor from Vincle SalesWare for the first time, the system will have previously sent a request with the goal of obtaining the explicit consent of the contact through email.

At the same time, a link is included in the bottom of the sent emails so the communication sending can be cancelled. This is available from any of the emails sent from Vincle SalesWare 3.11, and it will guarantee that the the subscription can be cancelled at any moment.

In the frequent sending of emails to medical contacts, Vincle SalesWare previously verifies that the receiver of the email has facilitated his explicit consent. In the case of not having this consent, the system will automatically send an email to the receiver asking for his consent so he can receive commercial communications. 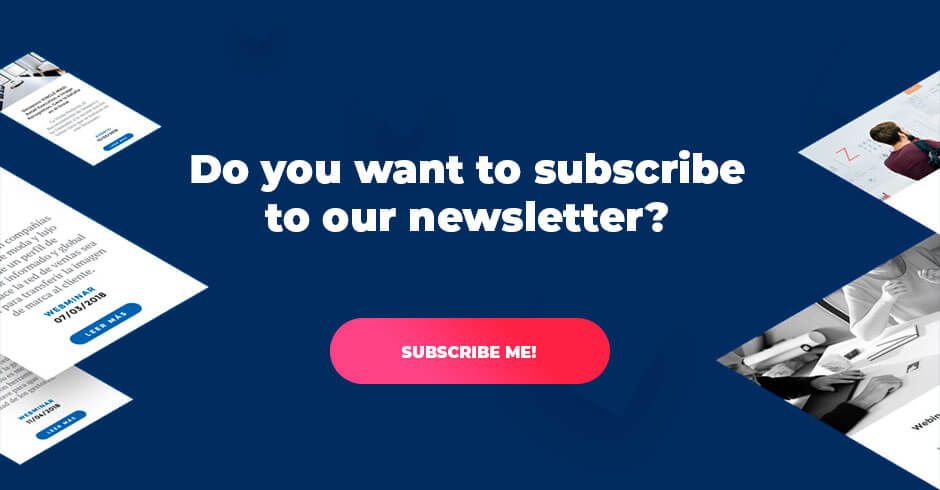 In the same way, the users’ registers, where the password of each of the users is stored, are encrypted so it’s guaranteed that only them can access the system.

In the new version of Vincle SalesWare 3.11 the integration with Planorama has been improved so we could correct and improve some of the existing functionalities, which will improve the results when using the image recognition process.

In this new version, apart from obtaining the result of the lecture, we will also get the quality of the image, through Planorama’s analysis engine. This element is especially useful when we need a more detailed image of our shelves, so we can obtain more detailed KPIs about our presence, promotions, prices or competitors.

Obtaining KPIs in the point of sales was something that was conditioned to a good communication between the mobile device and Planorama. In the Vincle SalesWare 3.11, the process has been improved so the user doesn’t have to send again the pictures taken at the point of sales. An automatic re-sending system has been incorporated for every time the system detects that the communication is not working normally. This sending will remain in the app and is visible for the user, and it doesn’t interrupt in any way the user’s activity.

In the new version, the sending of results to Planorama will be done in real time and in an underlying way.

So we can improve the performance of the devices that have received initial charges after a long time of usage, we have added a new functionality that allows us to compact the data base in the remote devices.

The compacting process will be done through a password that will be valid for a day and that will allow us to access the data base and carry out the process.

In the weekly visit planning report for the supervisor a new functionality has been added so the planning information is automatically sent to the corresponding supervisor.

Moreover, it’s possible to send an email to the supervisor with a monthly report on our activities and the planning of the delegates that are under his supervision.

A new version of Vincle’s SalesWare for Windows 8

After developing Vincle SalesWare for iOS and Android, the time has come to implement this solution on native platform for Windows 8, with metro graphic interface, optimized for tactile devices. The principles of design that Microsoft establishes for the metro developments have been followed, maintaining the functionality of the solution and adapting its design to […]

Innovative technology for the retail world

One of the best ways to gain access to several of the market's innovative tools is by acquiring a sales force automation tool or SFA.

The festival of data: SalesWare Analytics

Damm opts for Vincle to improve their points of sales

Damm, leading in the brewing world, has opted for Vincle’s SalesWare solution to optimize the management of their points of sales

News 20/03/2015
Read more
We use our own and third-party cookies for analytical purposes and to show you personalised advertising based on a profile of your browsing habits (e.g. pages visited). Click here for more information. You can accept all cookies by clicking on the "Accept" button or configure or reject their use by clicking on the link " Settings".Settings

Analytical cookies are used to understand how visitors interact with the website. These cookies help provide information on metrics the number of visitors, bounce rate, traffic source, etc.

Advertisement cookies are used to provide visitors with relevant ads and marketing campaigns. These cookies track visitors across websites and collect information to provide customized ads.

Performance cookies are used to understand and analyze the key performance indexes of the website which helps in delivering a better user experience for the visitors.

Any cookies that may not be particularly necessary for the website to function and is used specifically to collect user personal data via analytics, ads, other embedded contents are termed as non-necessary cookies. It is mandatory to procure user consent prior to running these cookies on your website.